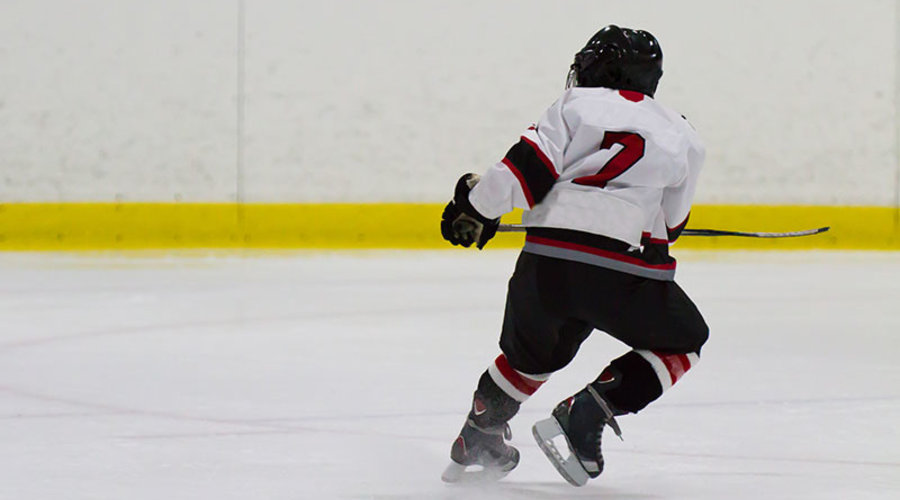 1. Hockey is a Fun Game, Period

The number one goal in all youth sports is to have fun.  Hockey, at its purest form, is recreation and nothing more.  When kids first develop an interest in hockey, it is purely for fun.  Too often this cold hard fact is forgotten and becomes lost amid a tornado of ego, politics and misdirection.  When things become hairy and stress levels escalate, take a deep breath and remember this is fun.

The biggest misconception in hockey today is that if you aren’t playing AAA, you’re not going anywhere.  I hear it all the time: parents stressing because their kid got cut from the AAA team.  It’s the obsession with the letters in rep hockey.  It’s a ridiculous obsession with status. The fact is kids are going to develop at different stages.  The kid who dominates in atom isn’t necessarily the kid who dominates in bantam, midget or junior.  In fact, that 10-year-old prodigy may be out of hockey within three or four years.  Most of the kids who dominate at early ages are the bigger kids who are just physically stronger than everyone else.  Within a couple of years, everyone else catches up and then it might be someone else who emerges. You never know maybe the best kid on the team wont even play next year.

One of the worst thing’s parents do in minor hockey is compare their kid to other kids on their team.  This does nothing but create animosity.  This is a terrible result of insecurity and jealousy and can have damaging effects on kids.  Comparing kids creates strained relationships between parents, which often filters down to the kids. It’s no different than typical workplace jealousy.  It spirals into paranoia.  If you, as a parent, act like this, your kid will see it and constantly compare themself to everyone else, which is extremely detrimental to confidence.

Don’t get caught up in minor hockey politics.  It’s not hard to get a reputation as a troublemaker, and whether right or wrong, that reputation follows a parent and their kid around.  When I was coaching tier II junior A hockey, one of the factors that came into recruiting and making final selections was family life.  At the higher levels, you look to get a glimpse at possible character traits.  If you are deciding between three 16 or 17-year-old kids, who are almost identical in skill, potential, grades, etc., and you are about to invest money, time and effort and introduce them into your culture, you take family influence into serious consideration.  If one kid has overbearing, meddling parents, you almost immediately cross them off.  It’s sad, but it’s true.  The last thing coaches at higher levels want is to bring in a kid who has grown up with parents who fight all their battles and run around making excuses.  It’s a bad example to set and it’s detrimental to the culture of a team and the success of your kid.

A recent survey stated that the one aspect of minor hockey that kids fear the most is the drive home.  It’s the fear of criticism and for kids it’s cutting.  My dad was always really positive with me when I was young, and I think that was what got me through the tough years in minor hockey.  I was always put down because of my size, but my dad always said, “Don’t worry.  You’ll grow.  Just keep having fun with it.”  There were lots of other kids who had yellers and screamers for parents, and it wasn’t long before they gave up on the game. When I was a player, the one thing that I hated more than anything was when I would make a mistake in a game and get back to the bench and get reamed out by the coach.  Couldn’t he tell by my head-shaking and slumped shoulders that I was well aware of my mishap?  What good does it do to state the obvious other than to kick a man while he’s down?  Who benefits from this?

Most kids who play hockey dream of playing in the NHL.  As a parent, it’s great to support your kids and do whatever you can to help guide them along the way.  One thing that is important to remember is that the journey to the culmination of this dream is a marathon and not a race.  If times get tough when your kid is 10, 11 or 12, it’s important to remember that it’s all about developing and getting better and nothing is written in stone.  There are so many stories of kids taking the long road to reach their dreams.  Always keep that in mind, especially when the horizon looks cloudy.

7. Always Take a Step Back

As a parent, your first instinct is to protect and defend.  If you feel your kid is being wronged or a situation is unfair, you want to lash out and hurt those who would dare bring harm to your kid.  It’s natural instinct.  That being said, it is important to always take a step back and put things into perspective.  You need to understand that your actions will have consequences and those consequences affect you as well as your kid, and others.

Actions and behaviour have consequences.  Before you lose your cool, take a step back and put the situation into perspective.

8. Be Aware of the Signs

Not everyone who starts playing hockey is going to want to play hockey forever.  Even kids who are the best players on their teams and play at the highest levels can develop other interests or lose interest in hockey altogether.  There is nothing wrong with that.  Kids often try different things throughout their childhood before they decide what truly interests them.  To be more in tune with this, pay close attention to their body language and subtle cues, because quite often, kids are too afraid to tell their parents that they don’t want to do something anymore out of fear of disappointment.

If your kid is serious about their dream of playing in the NHL and you want to shell out colossal amounts of money and provide moral support, educate yourself as much as you can about hockey and the different stages of development.  Learn about what is important for development and what path is best.  Soak in as much information as you can from as many sources as you can.