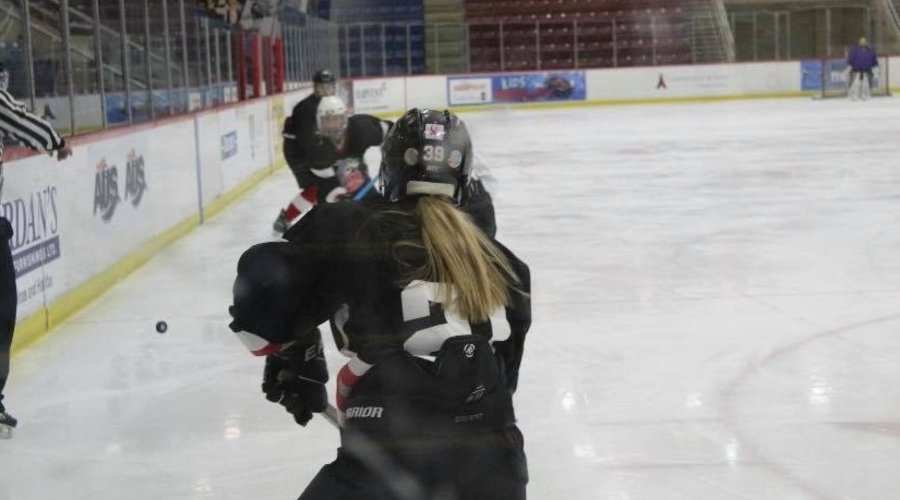 Girls’ hockey is growing in leaps and bounds which means there are lots of new opportunities. Teammates locker room camaraderie is the biggest thing I miss about playing hockey. Hockey’s not just for boys or tomboys. There are now lots of competitive girls’ teams and leagues emerging. Girls now can choose whether they want to play with their peers or on a boys’ team.

It Teaches You to be Tough, Physically

Other sports are great but there is nothing like the physical aspect of hockey. Granted, in a girls' league you technically can’t check but rather you can only “use the body” but believe me… girls check. The key is just to not get caught. There really is nothing like a good game of hockey to release some anger. Maybe this doesn’t sound like your cup of tea, but remember that you are covered head-to-toe in protective gear.

I have never bonded with any other team quite like I bonded with the many hockey teams I was on. The locker room before and after games and practices is one of the best parts of the whole experience. The majority of girls who play hockey really love the sport which is what I believe feeds the team chemistry. No matter who you are and who your teammates are... you have a common bond and that is the love for the game.

The smell of hockey is so amaz---- okay so fine, maybe the hockey smell is not something we would want bottled up and sold in Victoria’s Secrets everywhere, but soon you don’t even recognize it. However, that's not saying other people aren’t repulsed by you, though.

The Initial “You play hockey?!” Shock

Ahhhh, how I love telling people I have played hockey my whole life because their face is always priceless. Hockey is not usually thought of as a women's sport, so it always shocks people a bit. People find it really impressive when you say you play, not to mention it’s awesome when you can get into an in-depth conversation with guys about hockey.

Oh come on, you knew this was going to be in here. You pretty much live in the hockey rink when you play hockey and you get to know other teams… including boys' teams. And take it from me, hockey boys are cayuuuute. Not to mention, if you grow up playing hockey, a lot of times you start out on a boys' team and/or practice with boys' teams, which makes you a significantly better player.

I love the game. It is just a really exciting sport to play no matter what position you play; center, wing, D or goalie. Whether you are back-checking, fighting for the puck in the corner or at face-off, cheering from the bench, killing a penalty, assisting a goal or scoring, it is a thrill unlike any other.