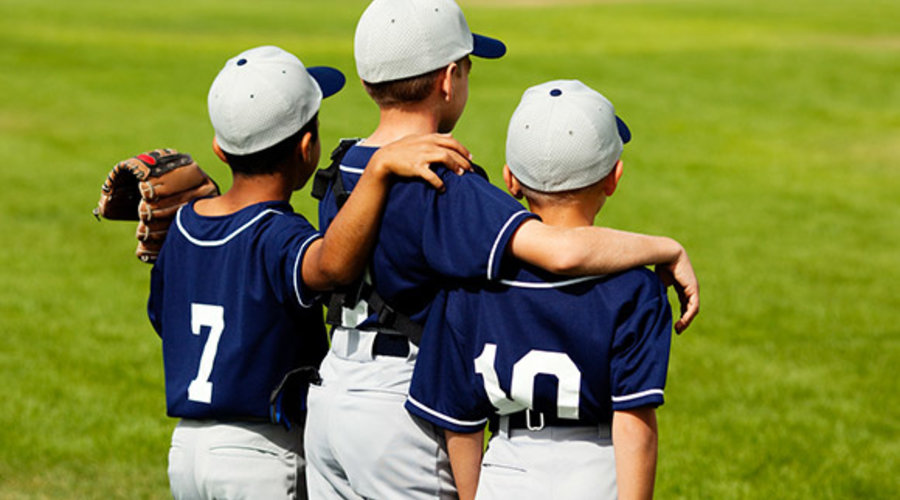 There's no “I” in “team”. A common sporting saying that, aside from its grammatical correctness, also holds in sporting arenas both professionally and when you go out on the pitch every weekend.

A team that doesn't talk to one another isn't a team at all. Open lines of communication with other members of your team, and you can work together far more efficiently. As a member of your team, it's your responsibility as much as anyone else to communicate effectively with other members. Teams that communicate well are open with one another, express themselves, and share ideas much easier than those that don't. Communication can also mean offering an individual some constructive (and an emphasis should be placed on constructive here) criticism on how they can operate better within the team. A good team player is never afraid to speak when they feel necessary.

And communication is two-way

Offering your thoughts on how a team should progress and handing out pointers to individuals is all well and good when you're dishing it out, but you have to able to take it in return. Teams should be an open forums, where every player has as much right as the next to put their thoughts across. Again, this adds to the positivity that will run through your team. If there are one- or two members taking charge, shouting over others, and failing to take on feedback, it shrouds your team in negativity and makes playing sport much less enjoyable for everyone. A great team player is first a good listener, and second a good speaker.

Be an active part of the team

A great team player takes an active role in problem-solving on the training pitch during the week and out on matchday every weekend. As we pointed out above, communication is vital for that.

As a team that spends a significant amount of time together, it's always better if you can manage to get along with each other. If you're a group of players who like to spend your social time together, say during a teambuilding day or just a Friday night out, a good team player would always ensure they are on board. Whilst it's inevitable that some people won't get along, a team that is also a group of friends off the field will be more likely to fight for one another on it. As a member of that team, make a special effort to take part in any team activities that happen off it.

On the field, it's all about putting the game-plan into action. Teams aren't built on their individuals, they show cooperation to pitch in together and get the job done. As a team player, working together as a unit will just become the norm. Once you appreciate the good it can do, you'll never look back.

Sometimes that can mean coming to a compromise on contrasting opinions. As a team that communicates together and allows everyone to have their say, it's inevitable you'll get some difference in how the team should play. But those who cooperate come together to work through those differences for the better of everyone.

Respects others around them

All this talk of communicating well and ensuring you make an effort to mold an inclusive environment requires one thing that should be central to everything you do – respect.

Remaining respectful to other team members goes a significant way to ensure you're a good team player. As fellow members, they turn up and train for the good of the team just like you do, and deserve your respect when being spoken to. So, if you're offering a teammate some advice, share in it an informative and dignified manner. They'll respond to your words much more effectively, and offer you the same level of respect in return.

As a team, you'll likely grow, evolve and adapt as you go. Maybe a new coach is installed, the team direction changes on the field or some new personnel come into the side. As the model team player, this is all a day's work, and it's your job to make the changes on board and make the best out of it.

Being flexible in your role in the squad means committing to change whatever the circumstances. If a team decides on a new directive, you can either sulk that things have changed and you have a new role, or fully embrace it and ensure you do your own bit to keep the team on the right track.

Whatever your role is and whatever circumstances, deliver on your objectives and you'll position yourself as a great team player. A player or coach failing to first agree and second deliver on objectives can be a great cause of frustration for the rest of the squad.

You'll have probably felt this disappointment from others in the past, so make it your mission to avoid the pitfalls of becoming unreliable and deliver what you set to do.

To do that, however, you first need to know what that role is. That is where communication returns. A team that talks to one another is much more likely to be aware of their individual roles, and can also get help when they aren't quite achieving their individual objectives.